Kazakhstan was the first of my two study trips during my master’s program. The largest of all the “-stan” countries, Kazakhstan is tucked between Russia, Mongolia, and China and the culture definitely reflects the geographical intersection through the diversity of languages, body characteristics, geo-political orientations, transportation, architecture, and food & drink. As a small group of seven, we benefitted from easy logistics, deep conversations, and lots of laughter during our hours-long dinners. To say that we were well fed is a massive understatement. Our host’s motto was “just a taste”, which essentially meant accepting large portions of every single dish on the table and trying as hard as possible to eat most of it without incurring refills (an empty plate indicated that you were still hungry, but a full plate was discourteous). As a pseudo-vegetarian I was a tad overwhelmed at the amount of meat offered at every meal such as the duck, beef, pork, chicken, and horse (yes horse) that we sampled. Thankfully we also ate plenty of persimmons, pomegranates, and apples, which originated in Kazakhstan. Almaty, the former capital city loosely translates to “father of apples” in the Kazakh language.

Kazakhstan was unlike any country I had previously visited. There was such an interesting dynamic between the ties to a nomadic heritage (Kazakh is a Turkic word meaning free, independent, or masterless), the expectations of Soviet-era life, and the opportunistic prospects of the country playing a major role in a new world economy. Less than two decades ago, the Kazak government moved the country’s capital to an empty plot of land on the steppe near the Ishim River (formerly a prison camp location for Soviet traitors), in order to establish a fresh start with the completely brand new, planned city of Astana. If nothing else, the architecture of the new capital blatantly creates the intentional deviation from the stereotypically bland and unadorned buildings spread throughout the rest of the formerly occupied country (such as Khan Shatyr Entertainment Center: the world’s largest tent, which houses a shopping mall, among other things). Kazakhstan is full of energetic, passionate people who are excited about establishing the country as a recognized leader in science and technology and we were honored to tour some of the laboratories, medical facilities, and universities that are setting the country up for success. Given the monumental progress Kazakhstan has accomplished in the past two decades, it will be very exciting to see how the country continues to develop and evolve in the years to come.

Gorgeous view of the mountains in the autumn 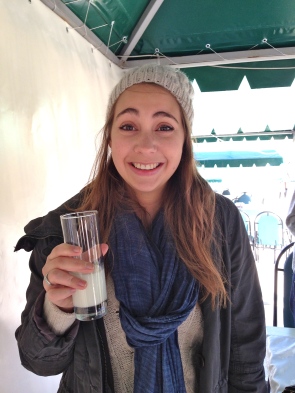 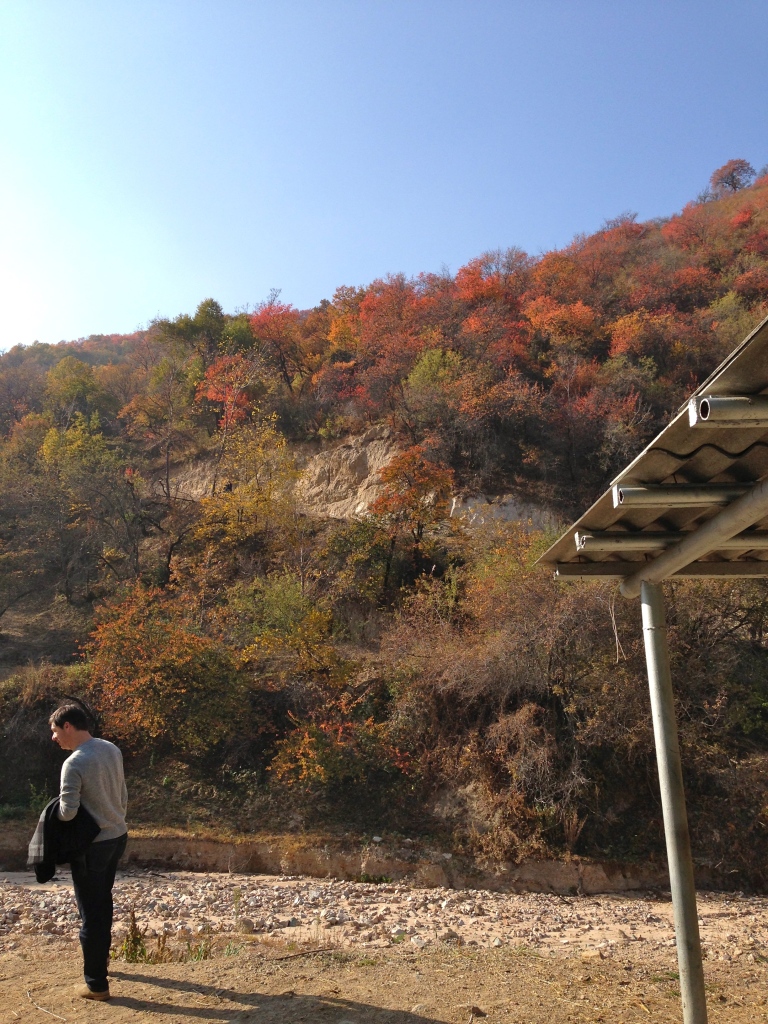 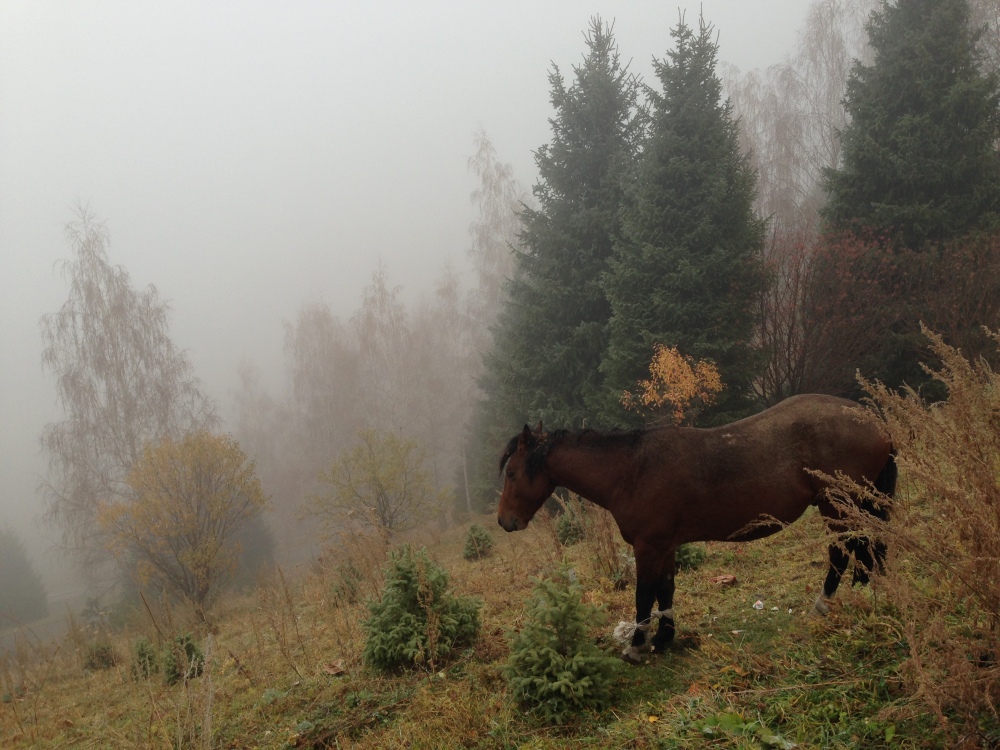 Absolutely stunning sight while hiking up the mountain

The dining room of our hotel & an apple structure in Almaty 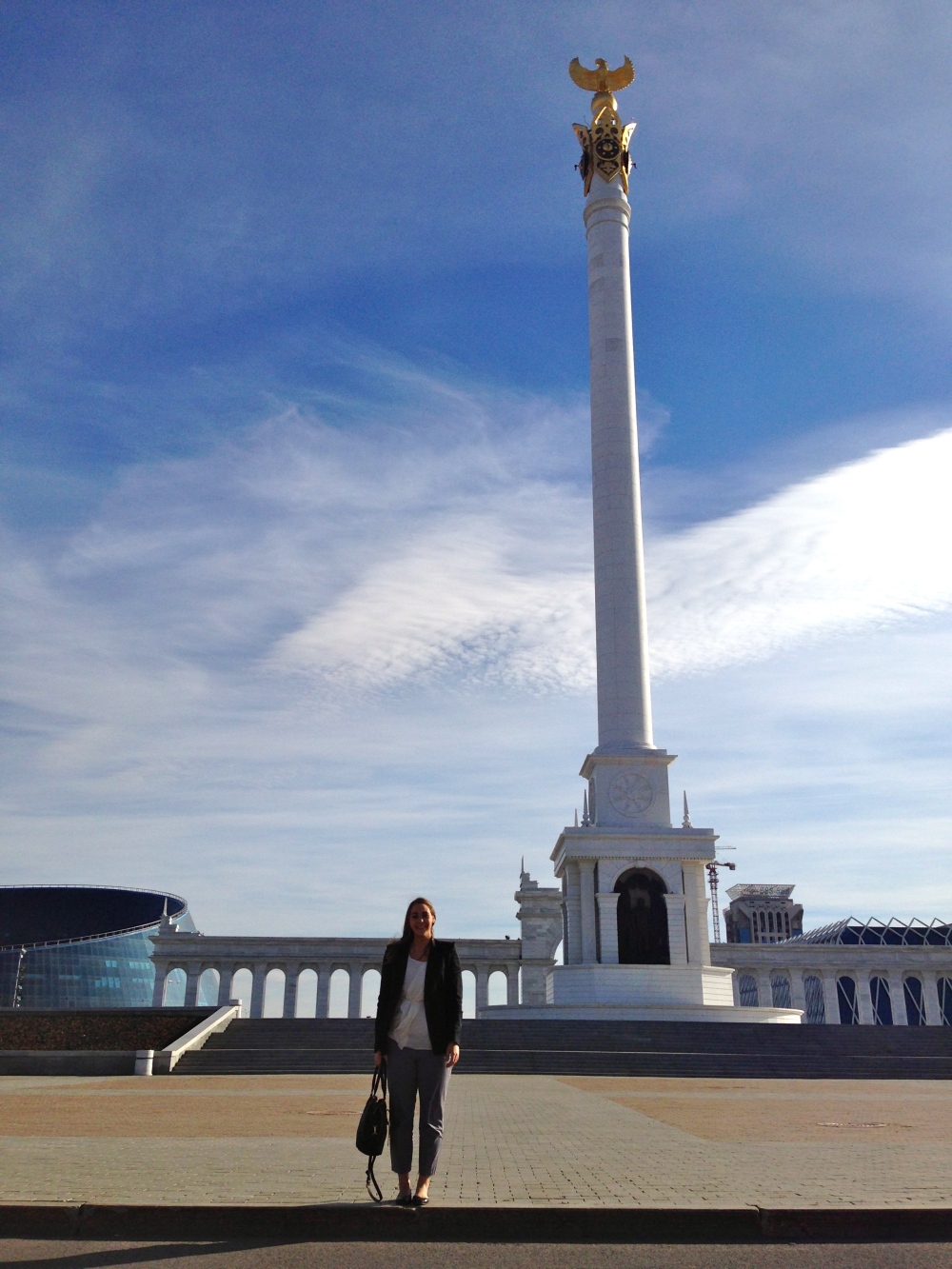 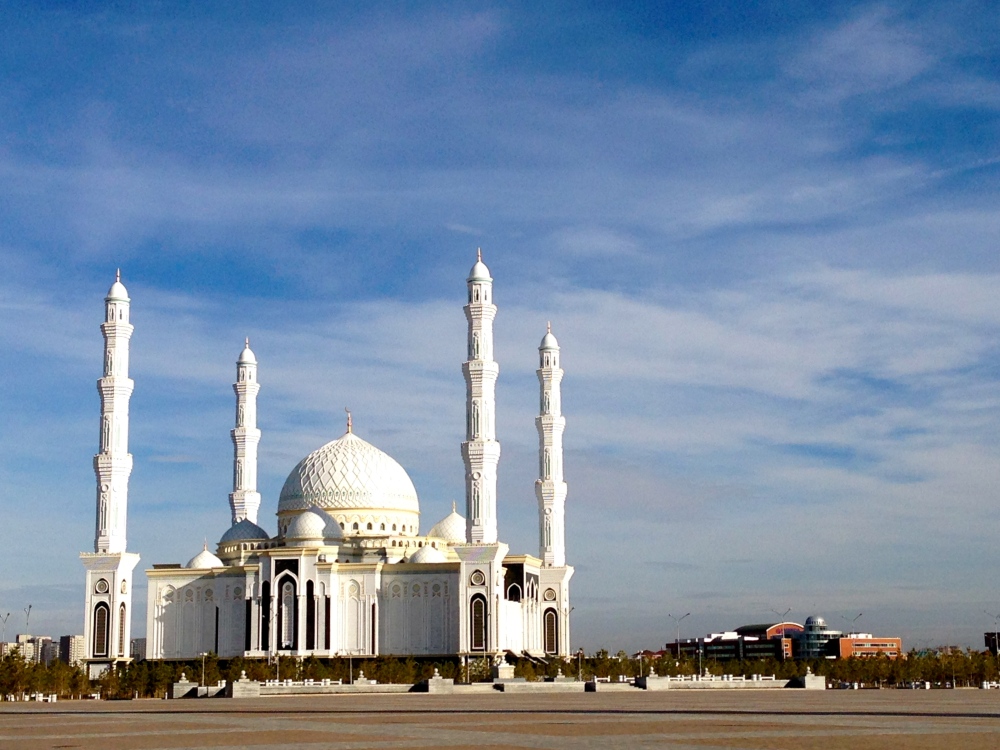 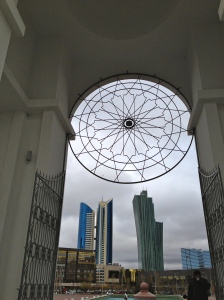 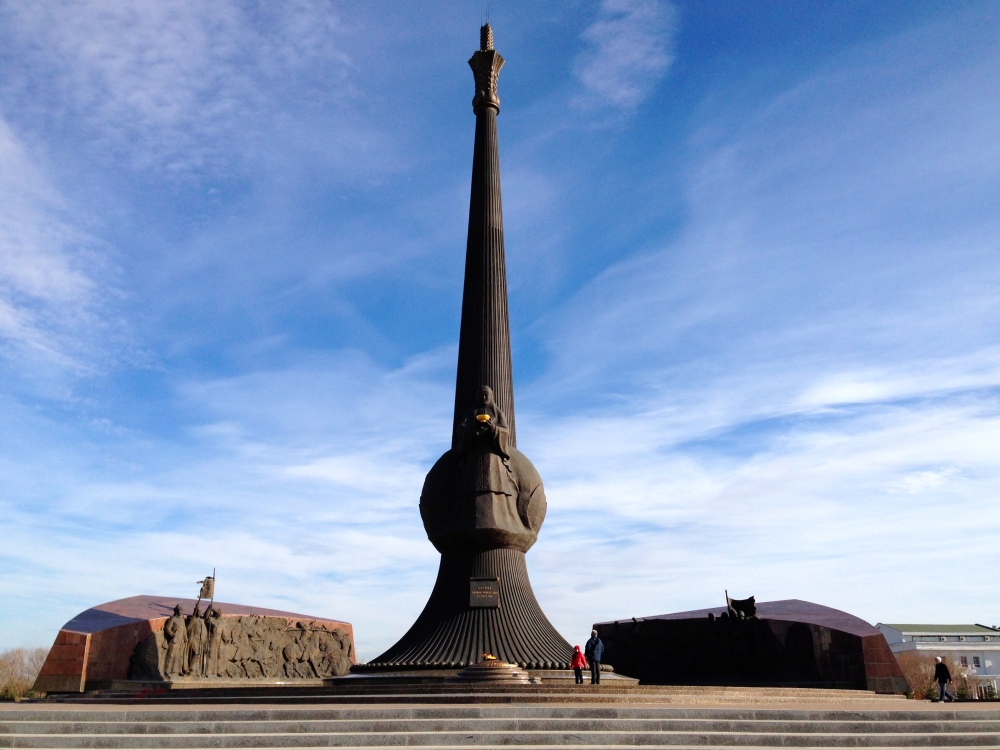 The main course(s) of our final dinner with our lovely host & translator.